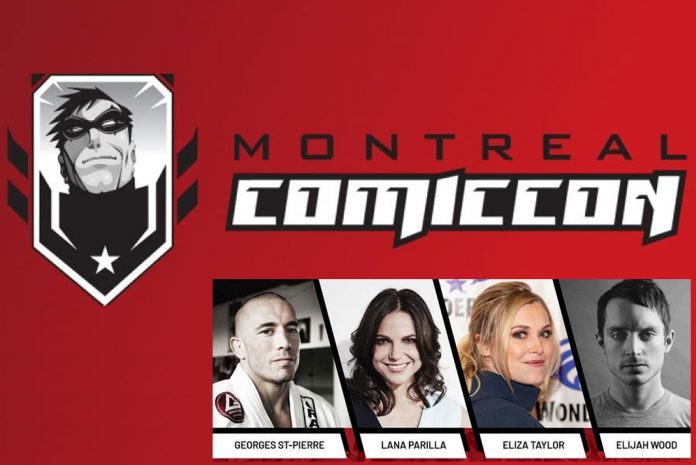 Montreal Comiccon was launched in 2008. This fast-growing event attracted over 60,000 visitors in 2017. Montreal Comiccon is an event dedicated to pop culture; it takes the form of a fan convention with multi-genre content, with focus on comic books, sci-fi, horror, manga/anime, toys, movies, video games and the broaden pop culture and entertainment worlds.

Among its features are a large exhibit room, an artist alley, corporate and interactive booths, guest panels, film screenings, guest signature and photo sessions, a costume contest and a masquerade, just to name a few. The event attracts people from all ages, who all share a same interest: the pop culture world and all that it embraces. The 2018 event marked Comiccon’s 10th anniversary.

Montreal Comiccon is a pop-culture fan convention that showcases artists and products from entertainment genres like: Sci-fi, Horror, Anime, Gaming in all its forms, and, of course, bande dessinée and comic books. It features a large array of exhibits with several companies demonstrating their wares and a few vehicles or set pieces from film or television are on display, a shopping experience like no other, aimed at fans that are looking for games, T-Shirts, comics, toys, statues, DVDs/Blu-rays, replicas and more collector items.

Newspaper is your news, entertainment, music fashion website. We provide you with the latest breaking news and videos straight from the entertainment industry.